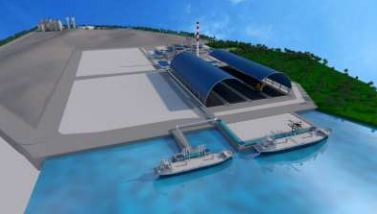 Proposed projects with the potential to cause serious environmental harm should not move forward if they are unnecessary. With respect to the need for the project, page 12 of the EIA states:

“Need of the project

“The Government of Bangladesh has planned to expand its electricity generating capacity, in line with the government’s vision 2021, SDGs 2030 and vision 2041and accordingly has taken up development program in different sectors to achieve industrialization in an accelerated manner, to improve the lifestyle of the people and the socio-economic condition in general. To meet the present and future demand, the government has given top priority to the development of the power sector, has formulated a Power System Master Plan (PSMP 2016), and has undertaken a massive power generation expansion plan by installing a medium size new Power Plant and upgrading the old ones.

“Considering the targets, the government has adopted fuel diversification as a strategy to reduce dependency on natural gas-fired electricity production and adopting energy security. As per PSMP-2016-Revisit, the Government also expected to generate 32 per cent of electricity from coal-fired power plants as an alternative to natural gas by 2041. However, the cancelation of ten coal-based power plants which happened recently, may change the power generation strategy of the government from coal-fired power plants. It is mentioned here that, the “Matarbari Ultra Super Critical Coal-Fired Power Plant Development Project Phase 2 Units 3/4” (hereinafter referred as to “Project”) is an expansion phase-1 of the Units 1/2 Project which is excluded from the ten-cancelation power plant. Furthermore, in the context of the implementation of power plant technologies, the ultra-super critical coal-fired power plant is reliable, cost-effective, durable and sustainable.

“To ensure the financial sustainability of the whole project (Unit 1-4), the implementation of phase-2 is necessary because it will share the common supporting facilities like; port, road and others associated infrastructures which is already under construction in Phase-1. Moreover, in the perspective of pollution control, the Phase- 2 (Units 3/4) will introduce more efficient and state-of-the-art technology like Limestone based Flue Gas Desulfurization (FGD), Electrostatic Precipitator (ESP), low NOx burner (multi-phase burning) and denitrification system (Selective catalytic reduction (SCR). Therefore, the cumulative impacts of Unit (1-4) in the flue gas treatment will fulfill the Bangladesh standards and IFC / EHS guideline efficiently.”

This information about the need for the project is firmly contradicted by recent financial analysis of electrical energy systems in Bangladesh showing that there is an overcapacity and under-utilisation of power supply which the proposed project would worsen.  According to the Institute for Energy Economics and Financial Analysis (IEEFA):

“The Bangladesh Power Development Board’s (BPDB) latest annual report for the year 2019-201 reveals that the nation’s overall power system utilisation has fallen again in FY2019-20 to just 40%, down from 43% in the prior year (Figure 1). A figure of 40% utilisation indicates significant surplus capacity within the power system.

“With 2,000MW expected to have been added to the system by the end of 2020, this overcapacity will have worsened before the end of the year. Furthermore, in its new annual report, the BPDB discloses that 15,294MW of new power capacity is under construction and around 21,000MW will be added by the end of 2025. Over the same period, only 5,501MW of old capacity is to be retired.

“As a result, under-utilisation – and hence, overcapacity – will worsen out to 2025 unless power generation growth recovers quickly and remains at a very high level throughout the period. Power generation growth was just 1.26% in 2019-20 according to the BPDB, barely keeping pace with population growth, as the economic impacts of COVID-19 were felt in Bangladesh.

“IEEFA has estimated future capacity utilisation based on power generation growth assumptions and BPDB’s disclosed capacity additions and retirements out to 2025. Even if generation growth immediately recovers to 10% per annum in 2020-21 and remains at that level, overall capacity utilisation will drop below 40% during the early 2020s before recovering back to just 40% in 2025-26 (Figure 2).

“With the global economic recovery from COVID-19 uncertain, Bangladesh risks seeing an already significant overcapacity situation worsen over the next five years if power generation growth does not recover to, and stay at, very high levels.

“Worsening overcapacity has significant implications for the BPDB’s finances as well as power tariffs. Under power purchase agreements, thermal power generators receive capacity payments regardless of whether they are utilised or not. Capacity payments to power plants that increasingly sit idle raise the per unit cost of generation, which could result in the need for higher government subsidies to bail out BPDB’s losses and/or the need to increase power tariffs for consumers.”[1]

“The webinar organised by CPD on 24 June, 2020 has made a number of recommendations which are pertinent to government’s recent initiative

“COVID 19 has provided an opportunity to revisit existing approaches, operations, management, cost and return of the ongoing power generation including redirecting the power sector towards clean energy by 2030 and 2041

“A well planned renewable energy led electricity generation through solar, wind, roof top and other means could be a better option for the future.”[2]

Not only is the 2X600 MW Ultra Super Critical Coal Fired Power Project, Phase-2, (Unit 3/4) at Matarbari unnecessary, its addition to the power system of Bangladesh would be unwelcome from a fiscal standpoint.

Pages 297-298 of the EIA makes the following argument that generating electrical power by using solar photovoltaic panels is not a realistic alternative to a coal-fired power plant.

“When considering photovoltaic power generation, it is necessary to select the site in consideration of topography, weather, diurnal fluctuations, etc. It is not realistic because project owner has to secure the vast land.”

This argument is directly contradicted by information presented by the Sustainable and Renewable Energy Development Authority (SREDA), Power Division, Ministry of Power, Energy and Mineral Resources:

“It is crucial for Bangladesh to prepare for a future when the reserves of fossil fuels will be on the verge of depletion all over the world and climate change will pose an extreme threat to lives and livelihoods. This future is also likely to see the cost of renewable energy decreasing and technological efficiency increasing. As one of the most susceptible countries to the ravages of climate change, Bangladesh should invest in a future which is environmentally and economically sustainable. Despite limited land availability for the deployment of solar energy, the government through appropriate policies can still use the available land effectively to meet the energy needs. Land use efficiency can be increased by the use of agrivoltaics or creating multilayer use of solar installations, like raising the height of the solar panels, and using the land below for agriculture which needs less solar radiation, or grazing pasture for livestock, or planting the land with flowering plants for apiaries or developing pisciculture.

“The global scenario is rapidly changing, and the share of renewables in the energy mix across the world is increasing. Renewables are securing more annual investment when compared to fossil fuel capacity. The reasons are obvious—the pressing need for energy security and the risk posed by climate change. Already, renewable energy sources specially the solar photovoltaic, have become financially competitive with fossil fuels in many jurisdictions, and in the future, will become cheaper than any fossil fuel-based energy. Cheaper power from renewables will be the chief driving force in the energy industry. Therefore, like many other countries, Bangladesh should also adopt ambitious renewable energy targets. Among all renewable sources, solar energy is continuously proving itself to be the most suitable solution for Bangladesh. Since the country has a rationed amount of land, the decisions about land allocation should be prudent. Accordingly, special emphasis should be put on the solar rooftops and the solar irrigation sector.

“In this study, three scenarios are presented for the future of solar energy in Bangladesh, i.e. the BAU case, the medium, and the high deployment scenario. In the BAU case, future solar capacity is estimated to be 8 GW; for the mid and high deployment cases, the estimations are 25 GW and 40 GW respectively till 2041. The scenarios are developed based on existing and developing technologies which are known today and do not consider the possibility of entirely new or unknown technologies emerging.

“It is recommended that Bangladesh should aim for the high deployment scenario. In this case, the installed capacity of the solar PV systems will be almost half (50%) of the projected generation capacity of the country under the condition of high economic growth and without any EE&C measures. With EE&C measures, the share would be around 60%. The capacity utilization factor of the solar PV power plants in Bangladesh is approximately 18% and by the year 2041 the energy generation demand of the country will be 360,000 GWh (Approximating with EE&C measures). In the high deployment scenario, the energy generation from the solar PV systems will be around 63,000 GWh per year, which means that the solar PV systems will provide nearly 17.5% of the total electric energy demand of the country by the year 2041.

“In order to execute the high deployment scenario, the government should undertake several important and timely steps. According to the Delta Plan of Bangladesh, there will be more than 3,300 square kilometers of new reclaimed land in the near future. If around 5% of this reclaimed new land is used for solar power projects, and the government undertakes the necessary land and transmission infrastructure development, these projects can be built and operated by either the government utilities or the private sector through competitive bidding of IPP projects or by both.”[3]

[1] IEEFA (January 2021) “Power Overcapacity Worsening in Bangladesh: Switch in Focus From Coal and LNG To Renewables and Grid Can Address the Problem”

BELA demands immediate restoration and revelation of the list of 37,396 river encroachers.
January 18, 2023